The New Ecology of Biliteracy in California: An Exploratory Study of the Early Implementation of the State Seal of Biliteracy

Nearly 25,000 graduating high school students across California have earned state recognition for achieving proficiency in multiple languages in 2014. This exploratory, mixed-methods study investigated the early implementation of the State Seal of Biliteracy (SSB) in California. Sixty-two district personnel were surveyed, three SSB directors were interviewed, and a document review was conducted. Overall, the study revealed four themes that influence the implementation of the SSB at the district level: Intentional Creation of an Ecology of Biliteracy, Developing Notions for Biliteracy Scripts and Assessment, Privileging Sequential Biliteracy Development--Scarcity of Biliteracy Pathways, and Individual and Collective Agency for Biliteracy. Hornberger's (2003) continua of biliteracy was used as a theoretical framework to analyze this study's findings.

The New Ecology of Biliteracy in California 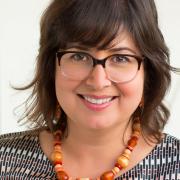 Tanya DeLeon is the principal of Bryant Elementary School in Garden Grove Unified School District in Southern California. She has a diverse background in education; having worked in traditional public schools and dual immersion charter schools in both privileged and underserved communities. Her teaching career started in Long Beach Unified School District, where she began her journey to provide quality schooling for English Learners.

DeLeon's schools have been recipients of the NAESP Sharing the Dream Grant, the Gold Gain School award by the New Leaders for New Schools and the California Distinguished School Award.

DeLeon believes that schools can be extraordinary when they frame student's language, culture and abilities as an asset rather than a deficit. Her doctoral research explored the early implementation of the Seal of Biliteracy in California

Seal of Biliteracy Research
Do NOT follow this link